Note to readers: I recently met a woman named Jean, in her sixties, who was in treatment for alcoholism. She agreed to be interviewed about her recovery provided I respected her privacy by not disclosing her name or location. In this and in future blog entries, I will publish these interviews, entitled The Recovery Diaries. 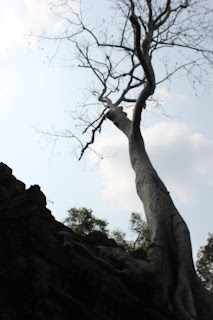 "Both of my parents were raging drunks. The last thing I ever expected to do was follow in their footsteps. I have been abusing alcohol for twenty years and was a full-on drunk for the last four.

My childhood was lonely and painful due to my parents' alcoholism. The feeling I had most as a kid was shame. Their drinking was supposed to be a big secret. The fights, poverty, and abuse that resulted, too. All of it was too terrible for anyone outside the family to know. Outsiders couldn't understand anyway. I carried this shame through adulthood up to the present day. I am in my sixties with a lonely child who is in a lot of pain living inside my heart.

Of course it bewilders me that I went out and developed my own cozy relationship with a bottle! This relationship got even closer after my husband died several years ago. During post-husband time, I moved to Asia where I did a lot of interesting (I think) things. But I was mostly intoxicated when I did them. My memories are foggy. Such a shame. I would have liked to have been there.

I have been sober almost six weeks. It feels good. I'm actually present, thanks in part to my open friendship with Bill W. Met a lot of interesting people at meetings since accepting The Steps. Do I have stories to tell! Except I won't because one of the principles of AA is anonymity. But I will tell you that there are mostly men at the meetings I have gone to all over the city. I know there are women drunks out there but I guess they don't go to meetings. Not sure why that is. Wish they would.

My sponsor tells me that AA is a spiritual program. Who knew? All these many years I have been a spiritual seeker wondering why I wasn't making any progress. I've wandered down the Christian trail and up the Buddhist path with detours at Universalism, New Age, and agnosticism. Turns out there was no reason to wonder. The problem and solution were right under my nose.

It's amazing how much of a given I thought alcohol was. Never even considered that it was the reason I could not get grounded and floundered around, unable to get traction.

I'm now working the Third Step.  Already worked the first two which have to do with admitting that your life is a mess due to powerlessness over alcohol. Step Three is, "Made a decision to turn our will and our lives over to the care of God as we understood Him." Truth is, my belief in God is pretty murky. The God I was exposed to in my Christian upbringing seems pretty ineffectual. First, He sent me alcoholic parents and then did little to stop the damage they inflicted on my life. For a follow-up, He sent me depression at age fourteen. Depression liked me so well it decided to be my life long companion. All I can say is, God if you are out there, thanks a lot!

I've studied Buddhism also. Buddhists say they don't believe in God. They believe in meditation. But meditation is cold comfort when you wake up lonely and in pain in the middle of the night.

Alcohol numbs the pain. So, you might say that my religion was alcoholism and my God was alcohol. The only problem is, the practice of this religion means you die slowly by the inches.

My sponsor says to have faith. More will be revealed. Sounds like a carney's pitch at a side show. But this side show happens to be my life. Without faith, I've ended up at the brink of suicide.

Ah, well, to be continued. So much of this feels like going around in circles. Seen lots of doctors and therapists for depression. The relief they provide is much like alcohol. Temporary.

But I've never done treatment before. Never worked the steps. Never undertaken a spiritual program for my problems with Spirit. Wish me luck." 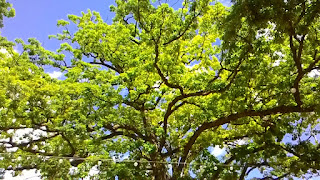