What a Long, Strange Trip It's Been 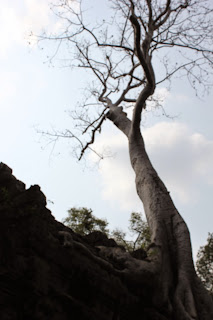 The subtitle of this blog site is "my second life". My second life began at 11 am on January 9, 2008. That was when I decided to turn off life support for you in a hospital room in Madison, WI.

For three days, the room had already smelled like decay -- ever since you were carted out of surgery where something had gone terribly wrong. It was supposed to have been a routine heart valve replacement procedure. Turned out it wasn't.

You died almost immediately on the operating table near dawn on January 7. There was a thunderstorm right after you went into surgery. This was strange for January in Wisconsin. It felt ominous.

For reasons only known to your doctors and other hospital staff, you were kept "alive" through technology in a private ICU room after you died. Sometimes in my dreams, I can hear the whoosh of the machine that was breathing for you. And even though I knew you were already gone, deciding to turn off life support was excruciatingly painful. It was so final.

Today would have been your sixty-third birthday. We always made a big deal out of birthdays and celebrated them for days. After all, there was much to celebrate. You were kind, smart, funny, generous, and adventuresome. You loved me unconditionally, warts and all. If I was queen of the universe, everyone would have the opportunity to be loved the way you loved me.

And I loved you back with a persistent intensity I had never felt before. This intensity lasted twenty-nine years, the length of time we were married.

A few months after you died, an acquaintance pointed out to me that not everyone gets to experience the kind of love I had in my marriage. "At least you got to do that," she said in a  voice tinged with envy. "Count your blessings." Although she meant no harm--I think-- her words only served to make me more painfully aware of what I had lost. In my bubble of being so completely loved, I had been blind to the fact that many people had marriages or relationships that were based upon money or safety or habit. All of these had little to do with love.

You told me often, "Connie, you have no idea what we have." You were right. We were innocents enjoying life together in the Garden. When you died, I was cast out of Eden.

My life since you left, has been wandering around in the wilderness without a map. True, it has been filled with accomplishments and travel. I didn't wrap myself up in widow's weeds and climb into the tomb with you, much as I wanted to. But believe me when I say that I can understand why Indian widows traditionally often joined their husbands in death. Life after the passing of someone I loved as passionately as I loved you has been an act of will. 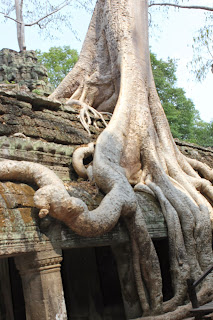 By outward appearances, my "recovery" has been successful. Since January 9, 2008, I have traveled to many countries, lived and worked in Thailand and Hong Kong, (both of which were life long dreams), and earned a graduate degree from a medical school in the U.S. I've had adventures too numerous to mention--including performing in plays in Chiang Mai-- and made many new, albeit transient, friends.

I know that my more metaphysically inclined readers will say that you're still here with me. Or that we'll be reunited in the afterlife.

There was a dream I had shortly after you died. In it, I was wailing and "woke up" to see you standing next to my bed.

"Why are you crying?" you said.

"Are you sure?" you smiled. I was puzzled. And relieved. Maybe I was mistaken.

Then I woke up for real.

So, even if you are still with me in spirit, not having you here right now in the flesh is not even remotely satisfying.

One of my friends likes to tell me that "Life is meant to be enjoyed." I have no doubt that for some people this is true. But for those who grieve, enjoyment is elusive. And the expectation that I should be enjoying grief is burdensome.

Perhaps for me life is meant to be survived and questioned?

In any case, surviving and questioning are the things I find myself doing, as I wander along on this long strange trip since you and I went our separate ways seven and a half years ago. 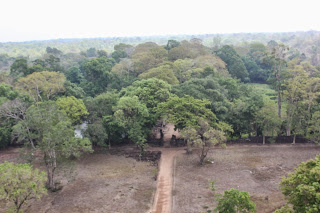