Customer service operates differently in Thailand than in other places I have lived. This is not necessarily a bad thing.


“Come get money,” the female voice on the phone insisted. It's not often that I get such messages. Usually, I’m being asked for money when someone I don't know calls.

I checked my wallet. My credit card was nestled in its usual spot. Remembering that I had shown my Central Department Store discount card at the time of the purchase, I checked for that. It was next to my credit card.

The voice continued. “You leave change. Come get. Bling passplawt.”

So that's where all my money had gone. I hadn't picked up my change when I bought a cheapo water bottle.

“OK. OK.” Since moving to Chiang Mai over a year ago, I have taken to saying many English words twice like the Thais do. This provides a certain rhythmic comfort--kind of like a small child gets from rocking back and forth-- and gives me the illusion of fitting in.

I have also learned to speak English Thai style because my Midwestern American is often incomprehensible to Thais. This involves dropping verbs from sentences whenever possible and using the present tense when I keep them. In the Thai language, verbs aren't conjugated. The present tense is always used. Time is revealed through contextual words like leuw, (already), ja (will), and gamlang, (doing now).

Northern Thai style English--Chiang Mai where I live is in northern Thailand-- also means substituting the letter “l” in the place of “r” in many English words. “Rice” is “lice”; "fried" is "flied".

Yes, it felt odd the first time I ordered "flied lice" at a restaurant. But no complaints. It’s been easier to adapt my English than to learn Thai.

Eager to reclaim my money, I allived at the Central Department Store, housed in Kad Suan Gaew, a mazelike and moldy mall in Chiang Mai. Kad Suan Gaew translates as crystal garden market but it's actually a dark and ponderous structure built out of brown bricks in the Lanna Thai way. 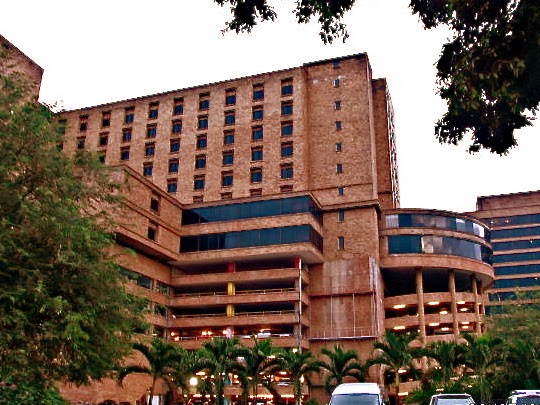 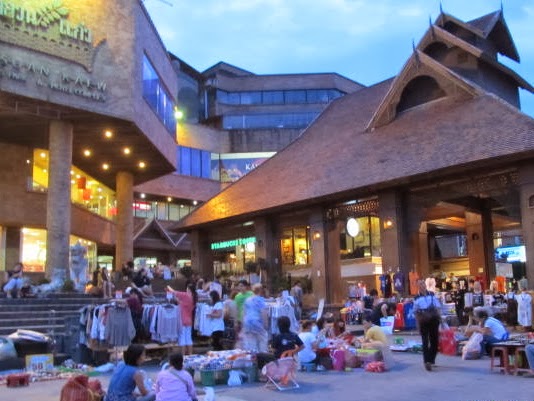 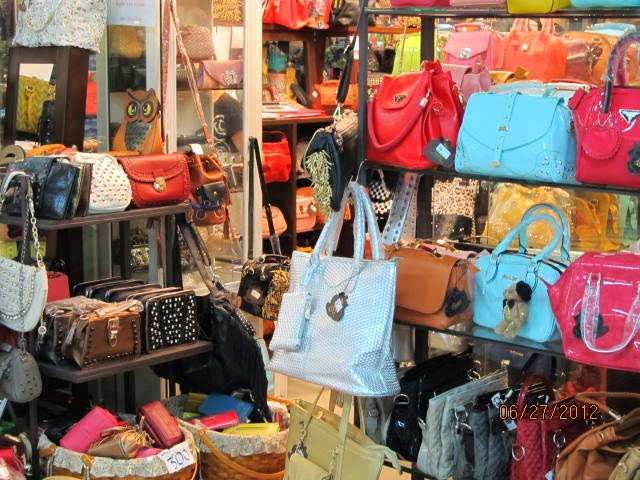 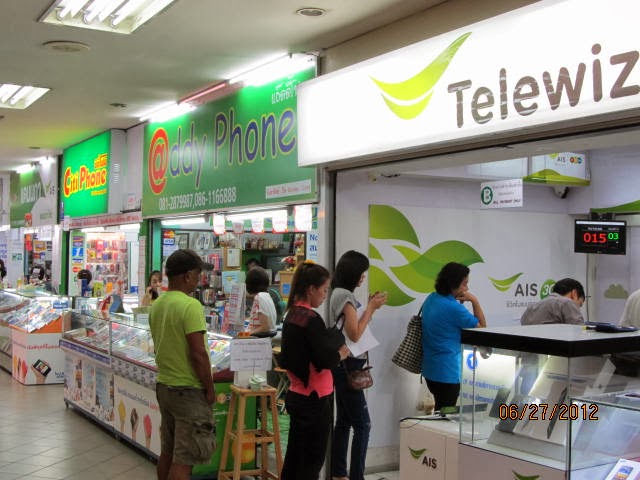 It also has a dank movie theater and a bowling alley that has seen much better days. 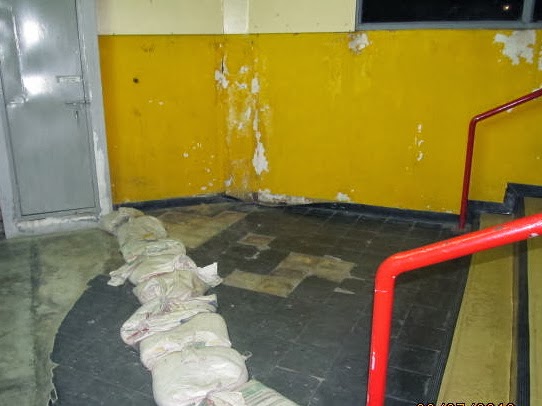 Many of Kad Suan Gaew's corridors lead nowhere. There are entire wings that house nothing. Before entering Kad Suan Gaew, it's important to know where you are going because it’s easy to get lost there. 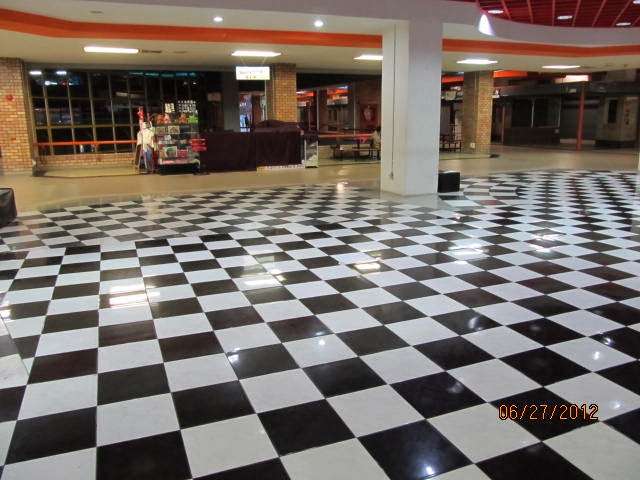 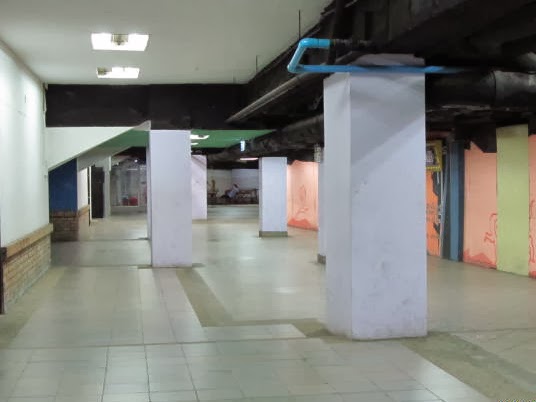 I walked around the second floor of the Central Department Store. No customer service.

"Yuu tiinye (where is) customer service?" I asked a clerk behind the jewelry counter who was looking at photos on her phone. She smiled at me and pointed up. "Third floor?" I asked. She nodded and returned to her phone.

Sure enough, on the third floor there was a long customer service counter. Miming a conversation on the phone, I showed my passport to a tall older woman behind the counter and said "Refund." Three young female clerks immediately appeared. In Chiang Mai, when a job needs to be done--any job--it is done by groups of employees. I was told by the tall woman to go to the far end of the counter and to take a seat. She and the three other clerks followed, smiled at me, and spoke Thai to each other on the other side of the counter. After a few minutes of this, the tall clerk, who spoke pretty good English, asked me for my passport.

There were the usual multiple copies made. I was required to sign them. Then the tall clerk disappeared. I waited. In Thailand, you either get used to waiting or you flee the country. (Please note: you won't be able to flee quickly because you'll have to wait and sign a lot of forms.)

But no worries. Those customers who are waiting--basically all customers--are offered seats by banks, government offices, cable and utility companies, hardware shops, furniture malls, department stores, and so forth. Frequently, beverages are offered, too.

The tall clerk returned with five more copies of my passport. These required my signature. Then she left. An officious woman vested with the authority to carry refunds marched over to me with an envelope. And forms. These also required my signature. Then the refund bearer slowly counted the money. Based upon the amount I was about to receive, I had given a 1000 Thai Baht note ($30 USD) to make a 100 Thai Baht ($3 USD) purchase but had not realized it at the time and left without my change.

Since I had used my discount card, the store had a procedure to look up my telephone number and contact me to return the money.

But Thais haven't quite worked out the procedural glitches for many other things like on-line bill paying, internet banking, applying for visas, connecting subscribers to cable, and using credit cards. Thai ways are not efficient by Western standards. Many Western expats consider Thai ways to be dysfunctional.

But Thais value relationships more than efficiency. They are so social that it is impossible to be anonymous here in the manner that is common in the West. I suspect that Thais would consider a society where people can be anonymous to be dysfunctional.

But then something happens like a department store calling to return forgotten change. Or a cafe owner chasing after me to return my left behind umbrella. The cable company asking that I come into its office to give me a refund because it has calculated an overcharge. A computer shop owner carrying my broken printer to another shop because she cannot fix it.

And all of this is done cheerfully.

"Same same but different" is something Thais often say. It means that whatever is said or done is true. And the opposite is true also. It's a way to maintain harmony and equilibrium. Everyone is right. No one is wrong. Perhaps this mentality is why Thais are known for their tolerance.

So the Thais cheerfully and patiently tolerate farangs' (foreigners) need for efficiency while conducting business in their own highly social style. 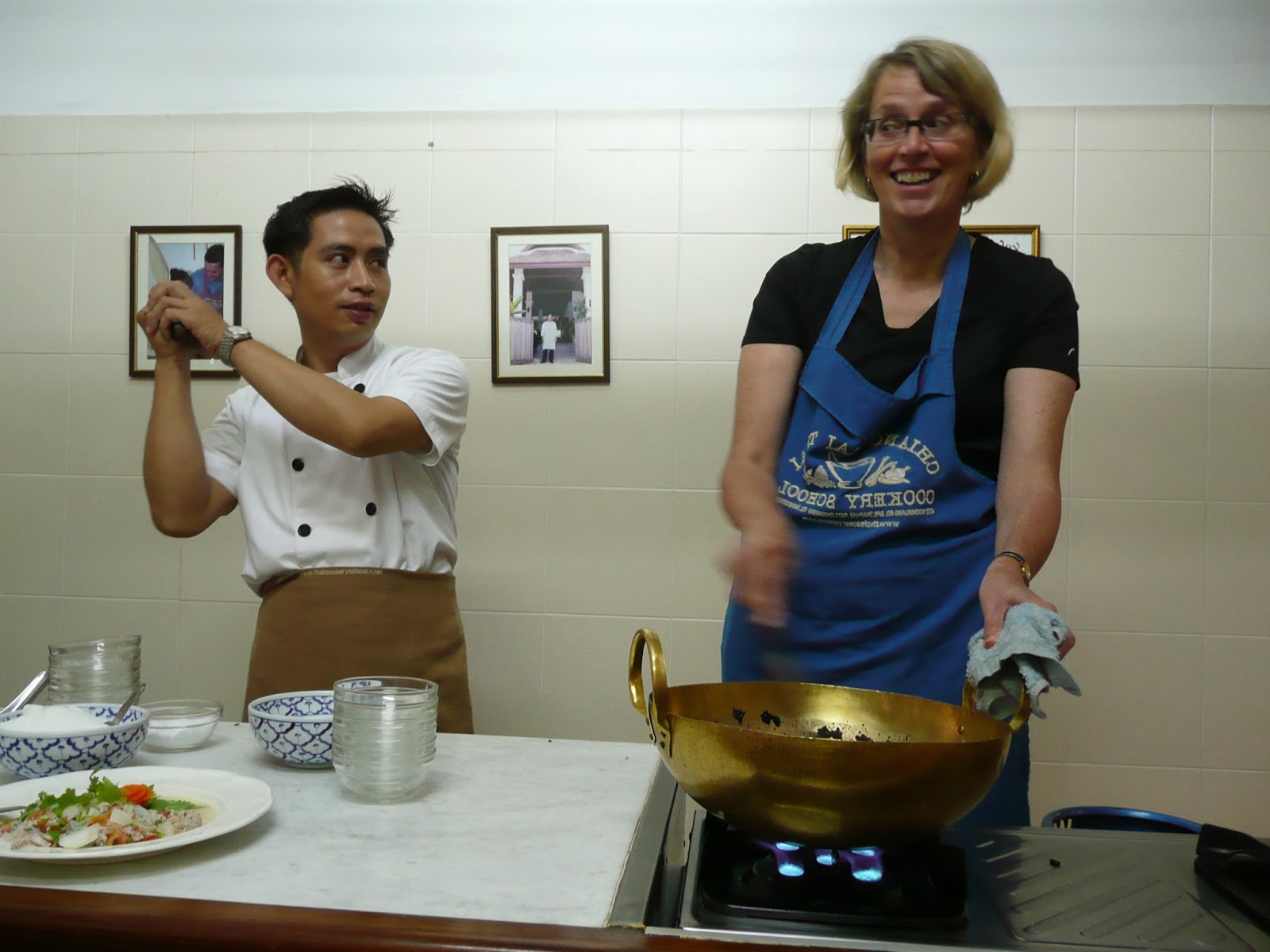 Sometimes efficiency discussions get heated in Thailand
Posted by Unknown at 3:09 AM