The Recovery Diaries: The Talking Dog 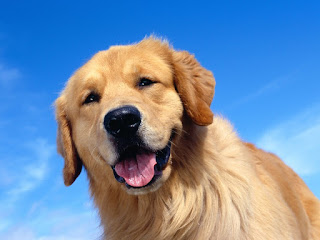 The last time I saw Jean, she was about to celebrate her twelfth month of sobriety by auditioning for a part in a play. Before the audition, we went for coffee.
She told me a joke. Jean had never told me one before. I had no idea she had a sense of humor.
"A guy sees an ad on-line about someone selling a talking dog for twenty bucks. So he shows up at the advertised address and knocks on the door.
The owner of the dog opens the door and the guy answering the ad says, "So, I hear you have a talking dog you're selling for twenty bucks?"
The owner says, "That’s right."
The other guy says, "Can I see him?"
The owner says, "Sure, follow me."
They go through the living room, up the stairs, and into a bedroom where a dog, is lying on the bed, reading a paper, and watching CNN.
The dog looks up and says, "Hi."
The guy says, "Holy cow! You're a talking dog!"
The dog says, "Yeah, I guess."
The guy says, "Well . . . why are you just lying there in bed?"
The dog says, "Well, I have been able to talk ever since I was a puppy. My first job was teaching other dogs how to be seeing-eye dogs for the blind which was rewarding but I needed different challenges so I trained to be a bomb sniffer and worked for the military for quite a while. Then l got a job helping the police sniff out drugs at airports. Found out I was  pretty good at tracking things but wanted a change so went into the theater and got some big parts on Broadway in New York. Then the whole World Trade Center 9-11 thing happened and I was recalled by the military to active duty and spent a lot of time retrieving bodies. At that point I figured as long as I was back in NY, I might as well help out the police again so I went back to work sniffing out drugs at airports. Then I realized I was just burnt out and needed some time off. So I moved to Chiang Mai. I just wanted to reflect on things, figure out what I want to do next, that kind of stuff. You know what I'm saying?"
The guy says, "Uh, sure. I mean, Wow! That's amazing."
The owner and the guy leave the room.
The guy says, "Why in the world are you selling that dog so cheap?"


The owner says, "'Cause that dog is an incredible liar!"
I asked Jean how she was doing.
"Well," she said. "Even though I went to a Twelve Step treatment program, the program and Alcoholics Anonymous meetings left me pretty cold.  AA works for a lot of people according to the testimony I heard in meetings. But for me, it was like joining a fundamentalist religion. AA is faith based despite what it says to the contrary and hasn't incorporated any of the new scientific evidence that's been gathered about addiction and recovery since the AA movement started back in the 1930s."
"In treatment and in meetings, I heard that it was the "one" way to recover. If I didn't subscribe to "this simple program, I was constitutionally unable to be honest with myself." Whenever I brought up my concerns about lack of scientific evidence supporting AA's claims about how people recover, its rigidity, and its promotion of "recoveryism" as opposed to health, I was told that I was in denial or resisting."
This one size fits all approach to treatment didn't sit well with me.  I started exploring other approaches to lose my drinking habit. To my surprise, there are quite a few. For example, science writer and author of Inside Rehab, Anne Fletcher, described a number of evidence based alternatives to AA."
Truth be told, I was still wondering about the talking dog. But this seemed pretty important to Jean, so I listened. 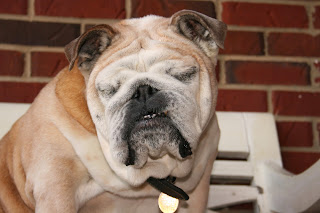 and nutrition writer, Jane Brodie, in February, 2013, about alternatives to Alcoholics

"According to Anne Fletcher's recent examinations of treatment programs,

most are rooted in outdated methods rather than newer approaches shown

addiction-free lives. People typically do more research when shopping for a new

car than when seeking treatment for addiction."

The body of The New York Times article went on to say:


"A groundbreaking report published last year by the National Center on Addiction and Substance Abuse at Columbia University
concluded that “the vast majority of people in need of addiction
treatment do not receive anything that approximates evidence-
based care.” The report added, “Only a small fraction of individuals
receive interventions or treatment consistent with scientific
knowledge about what works.”
"The Columbia report found that most addiction treatment providers are not medical professionals and are not equipped with the knowledge, skills or credentials needed to provide the full range of evidence-based services, including medication and psychosocial therapy. The authors suggested that such insufficient care could be considered “a form of medical malpractice.”
"The failings of many treatment programs — and the comprehensive therapies that have been scientifically validated but remain vastly underused — are described in an eye-opening new book, “Inside Rehab,” by Anne M. Fletcher, a science writer whose previous books include the highly acclaimed “Sober for Good.”
“There are exceptions, but of the many thousands of treatment programs out there, most use exactly the same kind of treatment you would have received in 1950, not modern scientific approaches,” A. Thomas McLellan, co-founder of the Treatment Research Institute in Philadelphia, told Ms. Fletcher."
"Ms. Fletcher’s book, replete with the experiences of treated addicts, offers myriad suggestions to help patients find addiction treatments with the highest probability of success."
"I did my homework after 28 days of residential treatment and a lot of AA meetings,"
Jean said.

Women for Sobriety: "Women for Sobriety (WFS) was founded in the
mid-1970sby Jean Kirkpatrick, a woman with a doctorate in sociology
who had a severe alcohol problem that she ultimately overcame herself
by changing her thoughts when she was lonely or depressed. Kirkpatrick
felt that women with drinking problems require different approaches
than men and began this abstinence-based program for women, taking
the position that drinking begins as a way of dealing
with emotional issues and then evolves into addiction.

"Designed to bolster women’s sense of self-value, the WFS philosophy
stands in contrast with AA’s focus on humility and limiting
self-centeredness, working from a position of empowerment. Members
are encouraged to learn how to better manage their issues by sharing
with and encouraging one another. A major emphasis is on
substituting negative, self-destructive thoughts with positive,
self-affirming ones. WFS uses 13 statements or affirmations that
emphasize increased self-worth,
emotional and spiritual growth, not focusing on the past, personal
responsibility, problem solving, and attending to physical health."
Latest stats: WFS averages
100 U.S. groups and a dozen in Canada. womenforsobriety.org

"SMART Recovery’s cornerstone is cognitive-behavioral approaches that help members recognize environmental and emotional factors for alcohol and other drug use (as well as other “addictive” behaviors) and then to respond to them in new, more productive ways. It also incorporates motivational interviewing concepts. Unlike some support groups whose principles remain static, SMART Recovery maintains a philosophy of evolving as scientific knowledge evolves."
"SMART Recovery tools can help you regardless of whether or not you believe addiction is a disease. Working from empowerment, it encourages individuals to recover from addiction (as opposed to being “in recovery” or seeing themselves as having a lifelong “disease”) and is a recognized resource by multiple professional organizations, including the National Institute on Drug Abuse and the American Society of Addiction Medicine."
"Although it is an abstinence-based program, SMART Recovery welcomes those who are ambivalent about quitting substance use. Its 4-point program guides participants in the following areas: (1) building and maintaining motivation; (2) coping with urges; (3) managing thoughts, feelings and behaviors; and (4) living a balanced life."
Latest stats: 635 U.S. groups; 613 international groups. SMART Recovery also has a youth program and a Family & Friends program. smartrecovery.org

Refuge Recovery
Refuge Recovery is a mindfulness meditation based community/program that practices Buddhist philosophy as the foundation of recovery. Refuge Recovery is an abstinence peer-led program that embraces people of all religious (or non), cultural, gender, socioeconomic, and mental health status. The core teachings are inspired by the Buddhist Four Noble Truths. Each RR meeting begins with mindfulness meditation, includes readings from Noah Levine's book Refuge Recovery: A Buddhist Path to Recovery and Meditation, and allows for personal sharing.
From the Refuge Recovery perspective, the path of recovery begins with the first Noble Truth: addiction creates suffering. The second truth is that the cause of addiction is repetitive craving. Truth three states that recovery is possible. The fourth truth is that the end of addiction/suffering requires acknowledgement and full acceptance of the reality that there's no such thing as a life with no pain, and that recovering persons no longer need to harm themselves in response to it. All Four of the Noble Truths help recovering persons explore the root causes of their repetitive craving and to deal with those causes in a compassionate way.
(The Refuge Recovery community program is not to be confused with treatment centers operating under the same name.)
Latest Stats: 600 meetings (U.S., Canada, and Chiang Mai, Thailand). Also on-line meetings. https://refugerecovery.org

It was interesting stuff. Like most people, I had only known about AA. But what about the talking dog?
"That story has nothing to do with my recovery," Jean said. "But it's a good laugh, don't you think?" 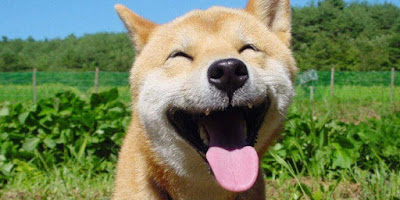