Winning and the Luck of Being Invited Back


Nat Hix has luck that borders on the supernatural. When I told an acquaintance that Nat always wins, he scoffed, "I'll bet he cheats". What this person didn't know is that with Nat's luck, cheating is completely unnecessary.

Even though he can't spell, Nat invariably wins at Scrabble. He also beats everybody at Monopoly, Backgammon, and Parcheesi. All board games as a matter of fact. How about electric games, you ask? What about Wii bowling, Xbox 360 tennis, or Zuma? Or anything else that involves a monitor?

Don't even think about it.

When you watch football games with him, don't be tempted to bet for the team he opposes. At the last minute, despite the fact that his team is impossibly behind, it will win with several hail Marys.

Our friend Steve hosts an annual Academy Award party. The gathering is black tie, has great food, and features a contest that involves selecting the winners in each of the Oscar categories. The person who guesses the most Oscar recipients wins. Steve warned me that he's always the champion of the contest. "I don't want to burst your bubble," I said, "but since you invited Nat and me, this is not your year. Don't take it personally. No one in his family will play any games with Nat with the exception of his son, a relentlessly optimistic young man who harbors the competitive hope that he will someday beat his dad at something."


"Actually, I'm the one who always wins. I'm a pretty lucky guy," Steve smiled, clearly skeptical.
His optimism was short lived. A few days later at the party, as it became clear that Nat was going to win in all categories even though he hadn't seen most of the nominated movies, our normally upbeat and chatty friend grew quiet. When the party ended and we took our leave, all Steve could say was, "I used to be that guy."

Since Nat never loses, he does not understand the agony of defeat. Nor does he understand why people no longer ask him to join in any reindeer games. Surely people want to play a competitor who will give them a good game, says he. Yes, say I, but they also want to believe that they can win. Once they play you a few times, they realize they have no chance. It's no fun playing when you know before you start that you are going to lose.

Not convinced by my argument, Nat was later shocked to learn that a group of his buddies in Hong Kong had stopped inviting him to their regular poker games. Sure, he was still welcome to join them for drinks and dinner but poker? Cards ceased to be a topic of conversation when he was around. Shortly before we moved from Hong Kong to Thailand, he jokingly asked one of his buddies,
"Don't you guys play cards together anymore?"

"Sure," his friend shot back. "We just got tired of you taking all our money."

Nat couldn't believe his ears. "Connie," he said later, "I can't
believe they don't want the challenge of playing someone who will give them a good game." All I could do was roll my eyes.

Upon moving to Chiang Mai, Thailand, Nat made friends with a group of guys, both Thai and farang--that's Thai for foreign-- who invited him to play poker. This time, however, he asked me what
his strategy should be. It seemed he wanted to be invited back.

"Let them win once in a while."

"Well, after you win a few, excuse yourself and go to the
bathroom."

"I can't do that either. Guys want a chance to win their money back. And they don't like it when you disrupt the flow of the game."

"But you and I both know there's no chance they're going to get their money back."

I rolled my eyes.

Off he went that night to the poker game. But he returned uncharacteristically
early.

"What happened?" I asked.

"Well, I decided to play the usual way and as usual, I was winning.That's when the guys decided it was time to take a break and get some drinks at the corner bar. Apparently, it's Thai custom that
the oldest person pays when groups go out. I was the oldest. Everyone started ordering drinks. Guys who hadn't even been at the game showed up. And there was this special "buy two beers get
one free" deal so everyone was ordering two beers."

"Did you ever get back to the game?"

"No. I left while I still had money for the taxi. I paid a lot more for drinks than I won at cards."

"Sounds like they got their money back and then some," I said, somehow without rolling my eyes.

"Yeah, but you know the good news?"

"I'll definitely be invited back." 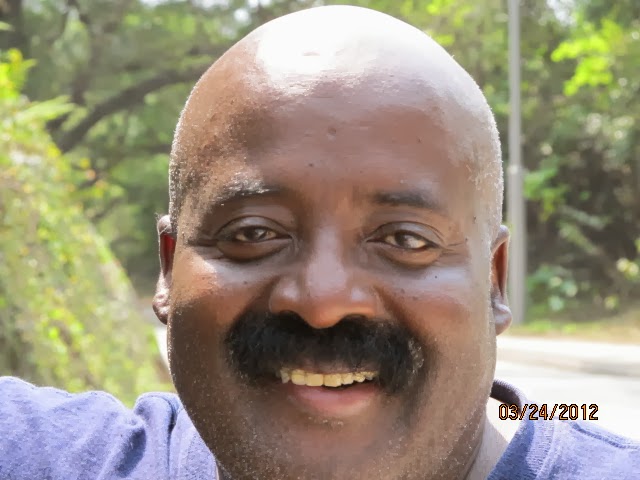 (This is a repost of an entry published about a year ago. It is an advisory to all of Nat's football loving/can't wait for Super Bowl XLVIII friends in America and elsewhere.)