This Is Not a Fairytale 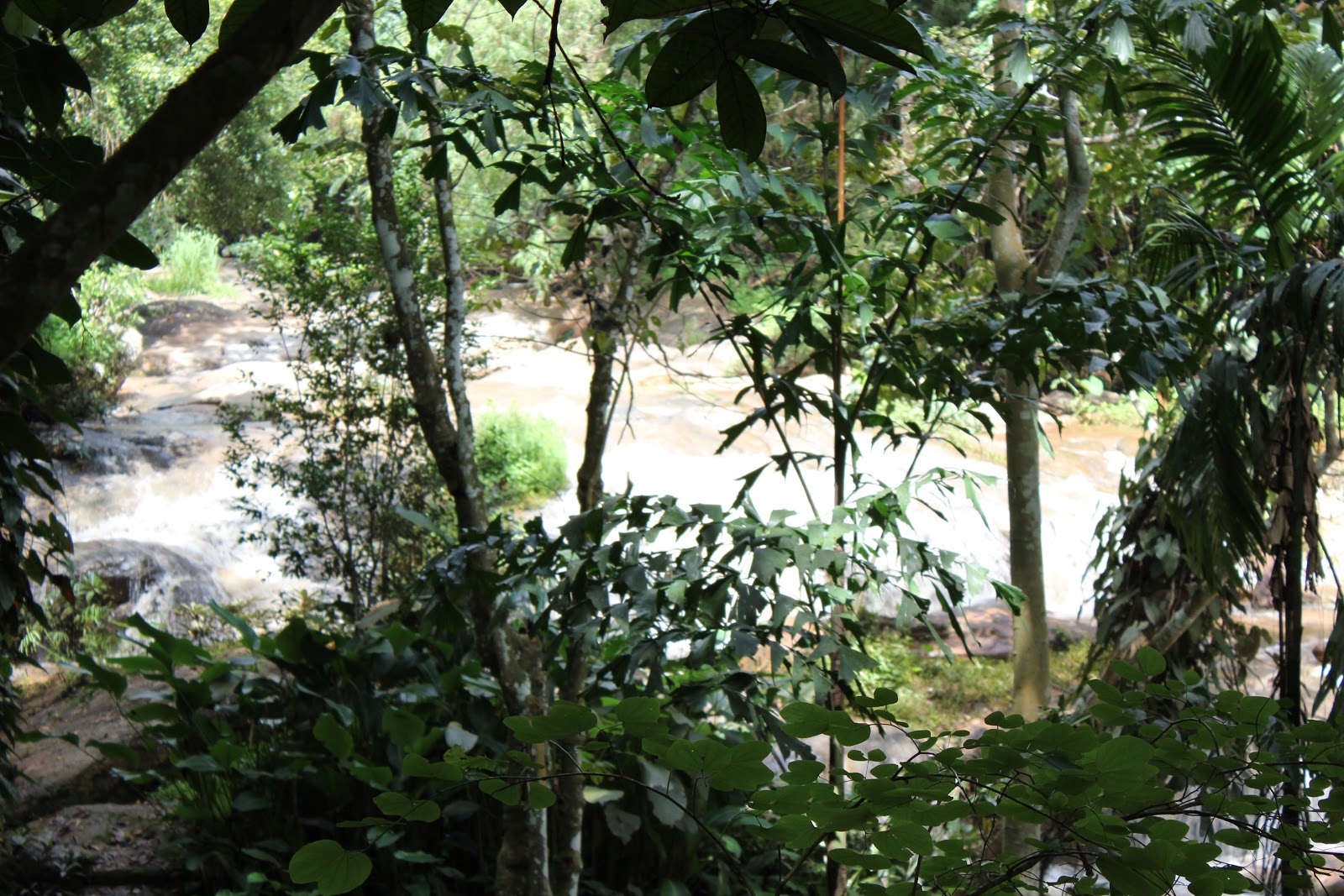 Once upon a time there were two kingdoms separated by a narrow river. In the Kingdom called The Land of Smiles, the people were happy. The king was kind and cared about his subjects who he loved and protected fiercely. Unlike neighboring lands, foreigners had never conquered his kingdom. The land was beautiful and fertile. Food, clothing, and shelter were enjoyed by most. 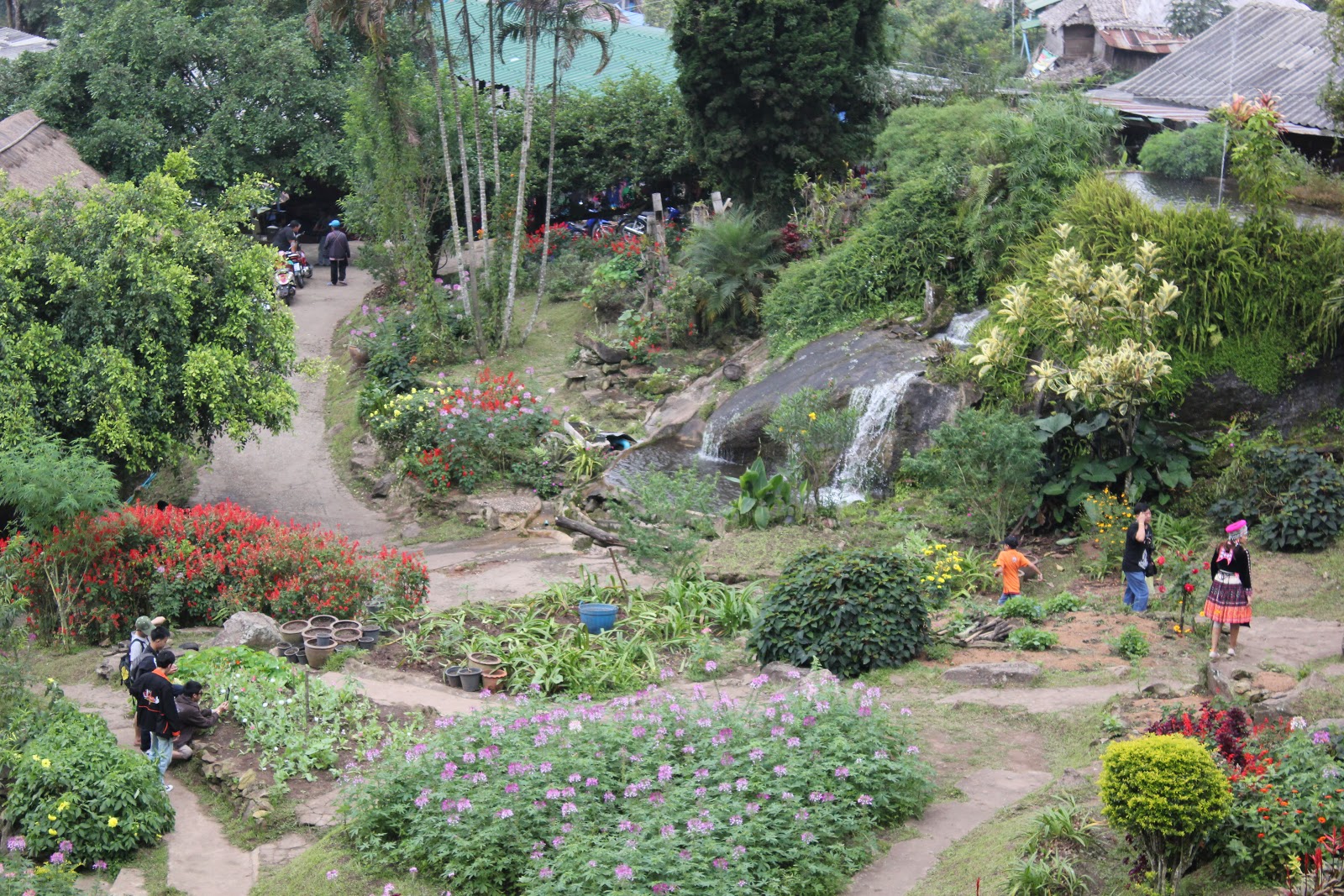 The Kingdom across the river was called the Land of Tears. The king of the Land of Tears had waged war upon his own people for half a century. In his greed, he turned what had once been a rich country into a very poor one. The king’s armies stole land and money, burned forests, destroyed roads, farms, schools, clinics, and libraries. They bombed villages. The soldiers cut off the hands and tongues of anyone who objected, forced children to become soldiers, and placed landmines everywhere to prevent people from escaping.

A beautiful queen who loved her people spoke out against the king. She was imprisoned for many years so that she could not tell the world what was happening in her country. The king was so determined to keep what he was doing a secret that few were ever allowed into the Land of Tears. And in truth, not many wanted to go.

After plundering his country for 50 years, the king of the Land of Tears began to see that there would soon be little left to steal unless he allowed foreigners into the kingdom to make investments. But the foreigners were afraid of losing their money. They knew that if the king continued to act in the same way, they also would be robbed. So they demanded proof from the king and his armies that their money would be safe.

The king promptly released the queen, (although he still did not allow her to have any real power). He also talked about democracy—a word he knew the foreigners loved to hear. The foreigners, whose own kingdoms were also struggling due to their leaders’ greed, were reassured and started to invest. In the meantime, the king continued to wage war upon his own people. The foreigners pretended not to notice.

Some were put into camps from which they could not come and go freely and where there was no work. Others labored as illegal immigrants and lived wherever they could. They did the backbreaking labor no else wanted to do. Without legal rights, people from the Land of Tears could not object when their employers did not pay them or the police beat them.  Many others were bought and sold as slaves.

It so happened that a little girl named Suu from the Land of Tears and her mother learned that there was work and a safe place to live in The Land of Smiles. This place was a garbage dump in a city called Mae Sot near the river. There they could pitch a plastic sheet to shelter from the rain and sift through trash in the hope of making money from recycling bits of plastic. Hundreds of people from the Land of Tears already lived there even though there were no toilets and the water for washing and drinking was polluted. Often people got sick. The recycler did not pay them much so everyone had to work long into the night, including the children. Many times, people despite their hard work, went hungry. Suu and her mom got by the best they could. 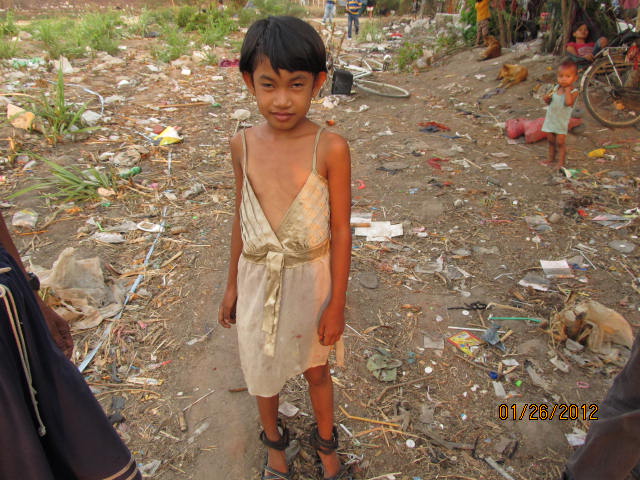 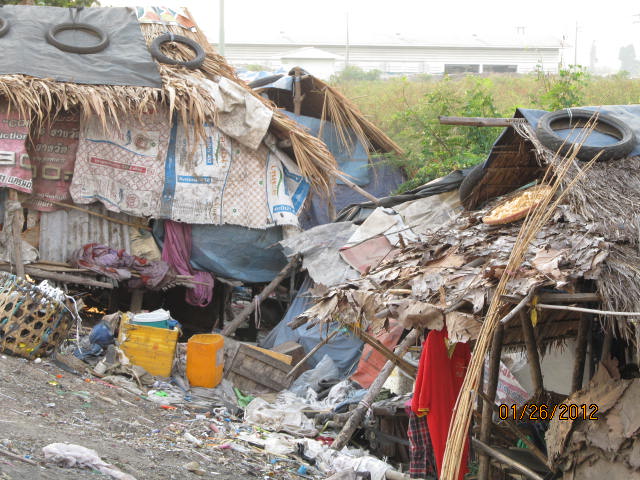 Many people visit the garbage village when they come to the city on the river. They take a lot of pictures as if they are at a zoo. “How can these people--especially the children-- live like this?” they ask with disgust. “Why don’t they go back to their own country?” Suu and her mom and the others in the village are friendly to all of the visitors even though they know that they do not really understand why Suu and the villagers live there. 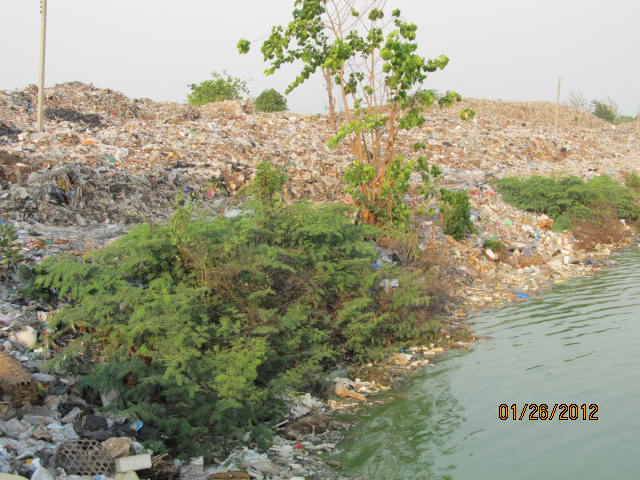 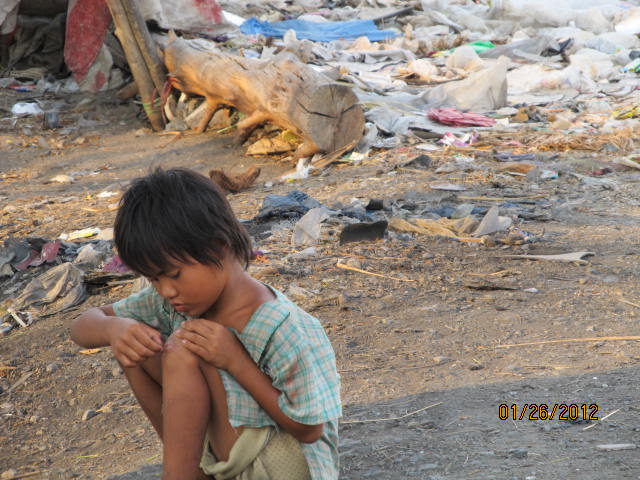 What the visitors do not realize is that no one wants to live on a garbage dump. But this garbage dump is safer than the Land of Tears. Here they can live mostly without fear. Here they have a community.

But what they do not have is clean water, much food, and medicine. Suu's future does not look promising unless people who are aware of her situation do something effective to help.

pigletsforprogress.org is a grassroots group of progress minded people in Chiang Mai who spoke to the community at the dump to find out what kind of help the people there thought be effective. Raising pigs at the dump for extra income is their idea.

Please help Suu and her community have a brighter future.
Posted by Unknown at 3:11 AM